The Fall 2005 convention of the Motor Bus Society was held in the Philadelphia, Pennsylvania area over the weekend of Saturday, October 8 to Monday, October 10, and was attended by about 75 members and guests.  Headquarters hotel was the Embassy Suites Hotel located in the Eastwick area, which is adjacent to the Philadelphia International Airport.  Convention chair was Dino Mandros.   Buses were supplied by Krapf’s Coaches on Saturday and Sunday and by SEPTA on Monday.

The weekend was greeted by an unusually heavy rain storm on Saturday, which began in earnest as the tour left the hotel.

DART Garage: The rainstorm was going full bore by the time the group reached the first stop at DART (Delaware Authority for Regional Transit) garage in Wilmington half an hour later.  But the whether didn’t eampen the enthusiasm of the attendees, most of whom proceeded t photograph buses parked in DART’s yard.  Assigned to the Wilmington garage for New Castle County service are 153 buses, including 77 Gillig, 68 NABI’s, eight MCI’s and five Chance trolley replicas.  Of the Gilligs, 12 are low floors (including two hybrids) and 68 are high floor Phantoms; of the NABI’s, 19 are high floor and 44 are low floors.  The eight MCI are 102-D3's and D-4000's. 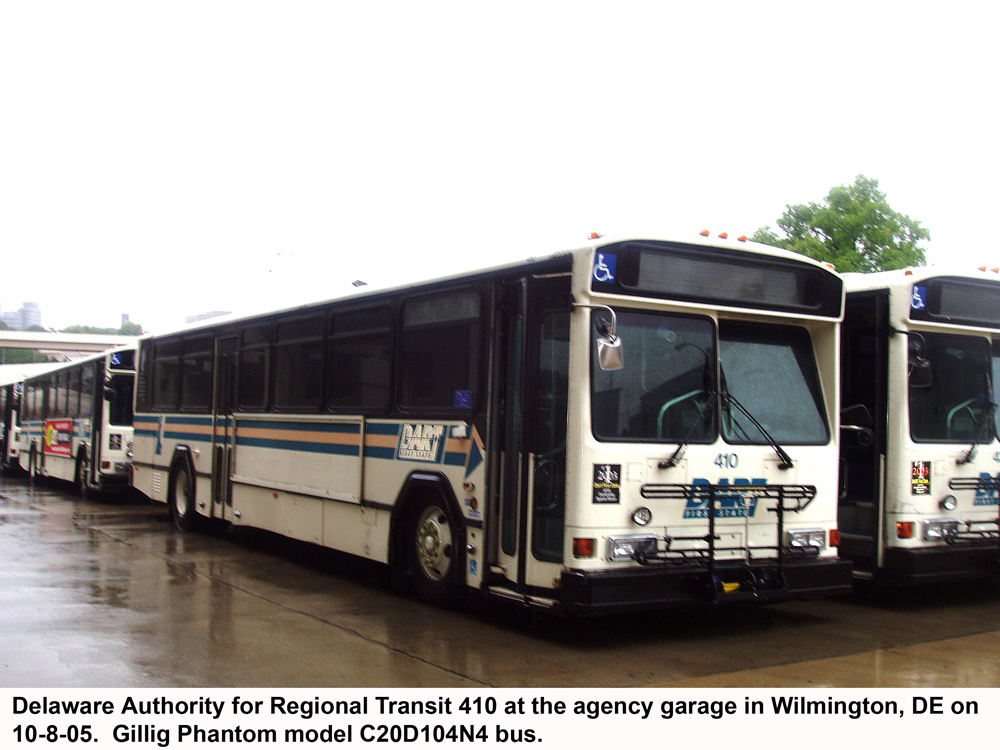 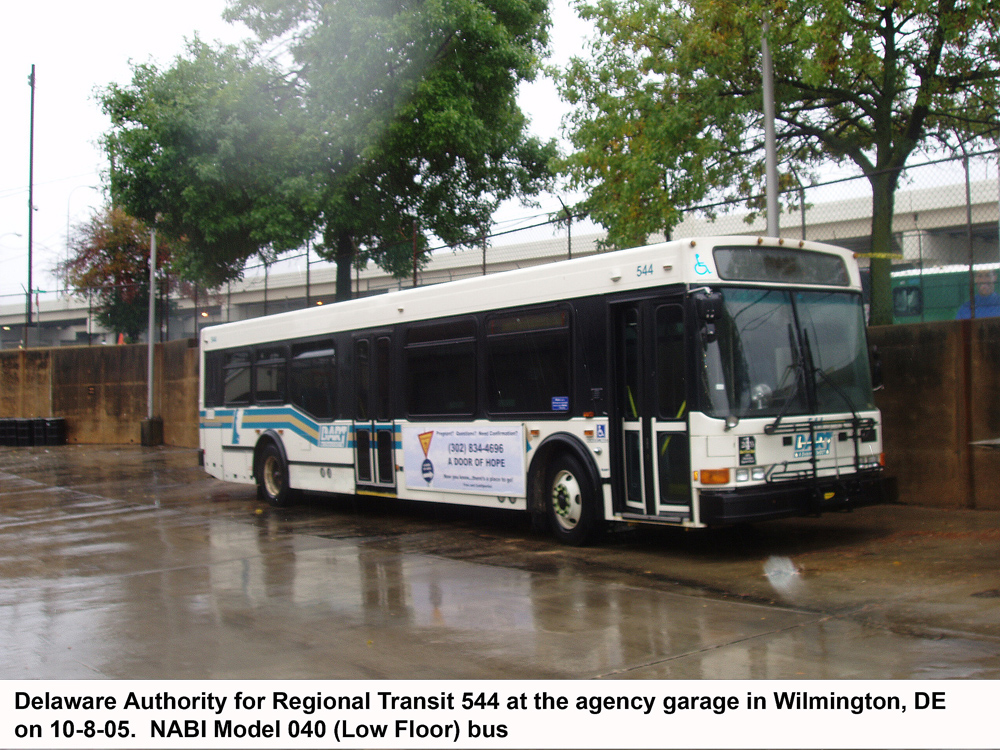 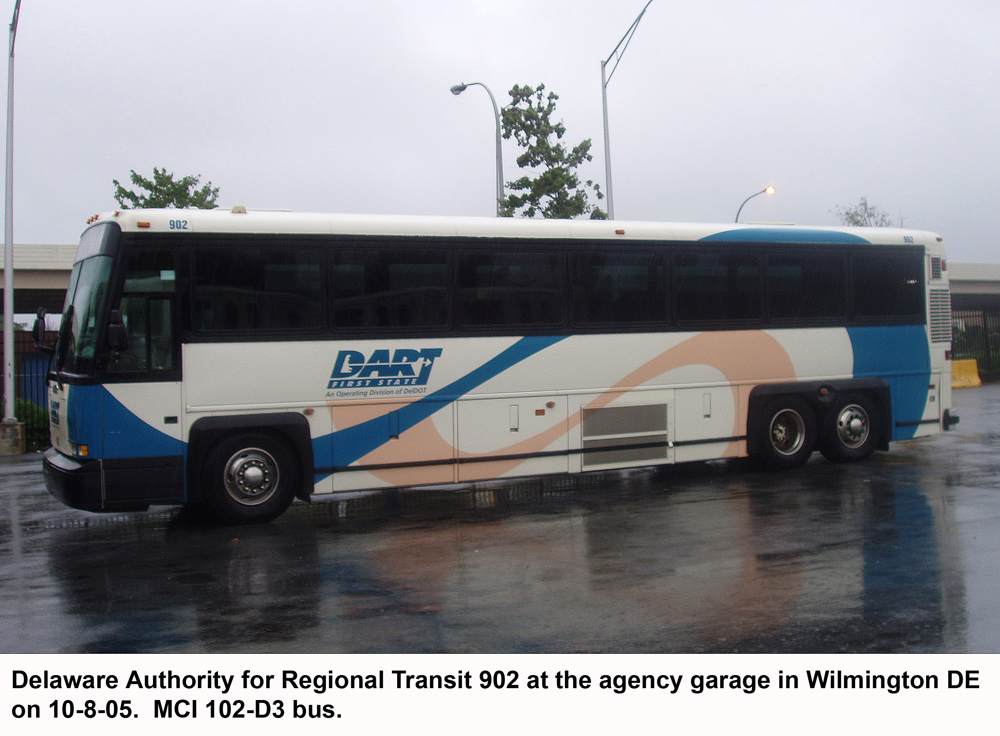 Krapf’s Garage:  The next stop was st Krapf’s Coach Lines garage in West Chester.  Precipitation was lighter at the location, and even stopped for short periods.  Krapf’s operates Charter and tour service, and is the contract operator for locat transit service in West Chester.  Humidity of nearly 100% coupled to the efficiency of the of the airconditioning in the Krapf’s MCI coaches played havoc with camera lenses, and attendees camera lenses, which constantly had to be wiped clean.  Krapf’s fleet consists of 35 buses, 28 highway coaches for tour and charter work and seven transits for contract work.  Except for one Van Hool executive coach, all of the highway buses are MCI’s of 40 and 45 foot lengths of A, C, D and E models.  The transits include two GM RTS-II’s, two Thomas and three Freightliner/Champions. 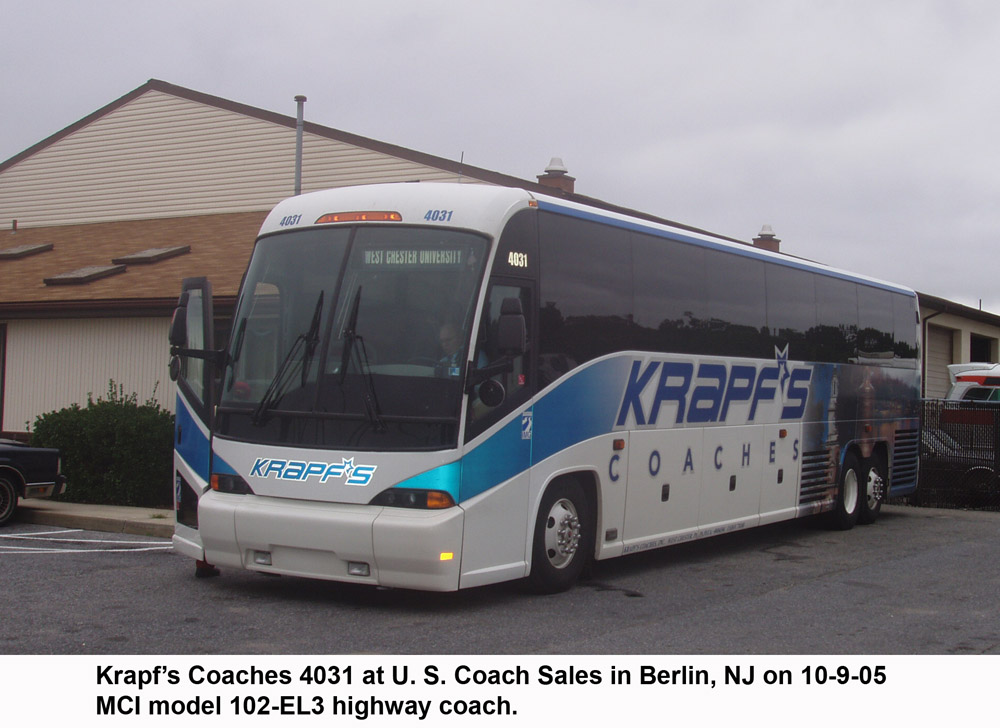 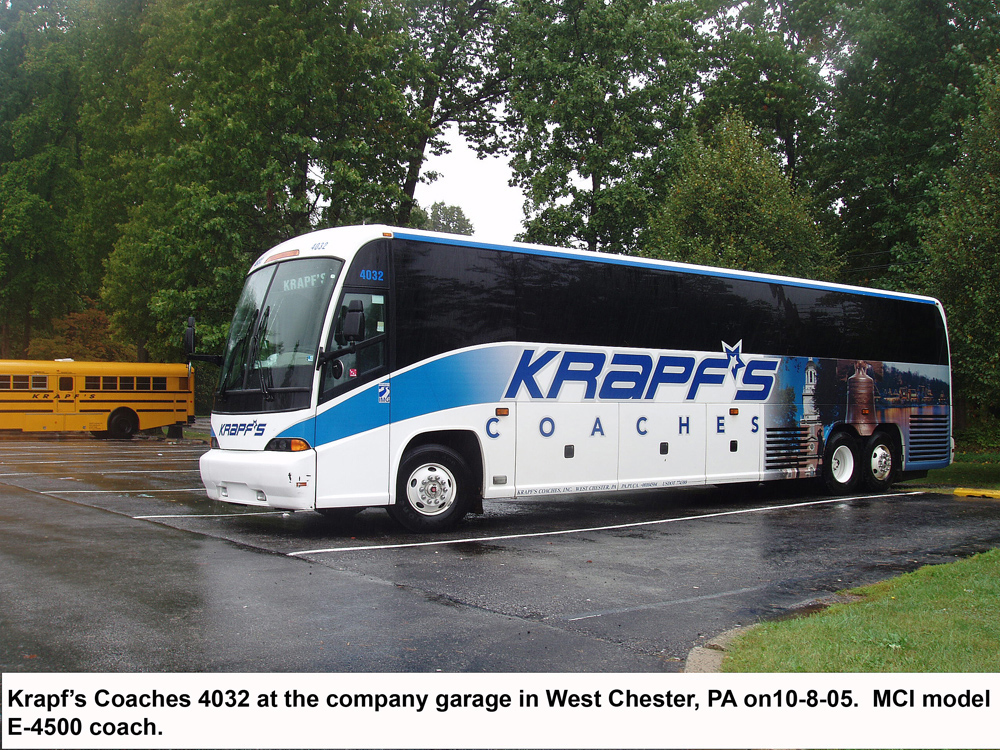 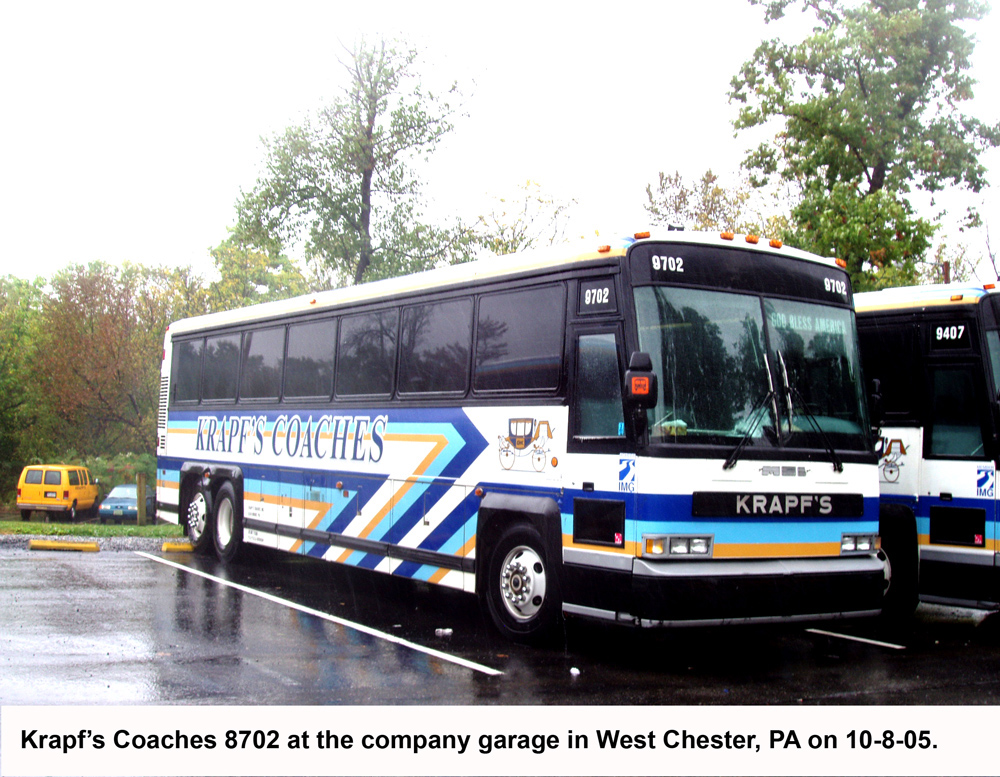 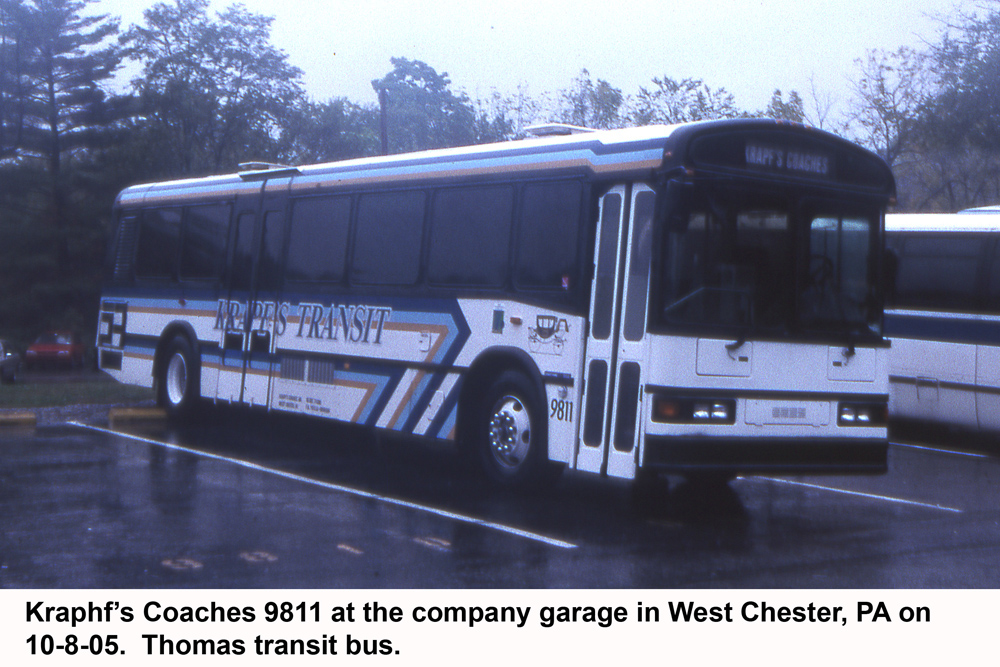 Downtown Pottstown:  The next stop was in Pottstown, where a chain of events had plans in flux.  A civic parade in downtown was originally scheduled for that afternoon, and the group had been directed to the Pottstown Medical Center for a photo stop.  Because of the rain, the parade had been cancelled, so the tour headed for the downtown transfer point.  The half hourly meet was departing upon the group’s arrival, so it proceeded to lunch at the Pottstown Center, northwest of downtown.  Enroute to and from lunch, it was observed that the Manatawny Creek, which flows through the center of town, was overflowing its banks.  After lunch the bus returned to the downtown transfer point for photos of Pottstown Urban Transit as well as regional SEPTA Frontier Division buses.  The city-owned system is known as Pottstown Urban Transit (PUT) which has a fleet of seven RTS-II T70-606's, one Chance replica trolley and two paratransit bans. 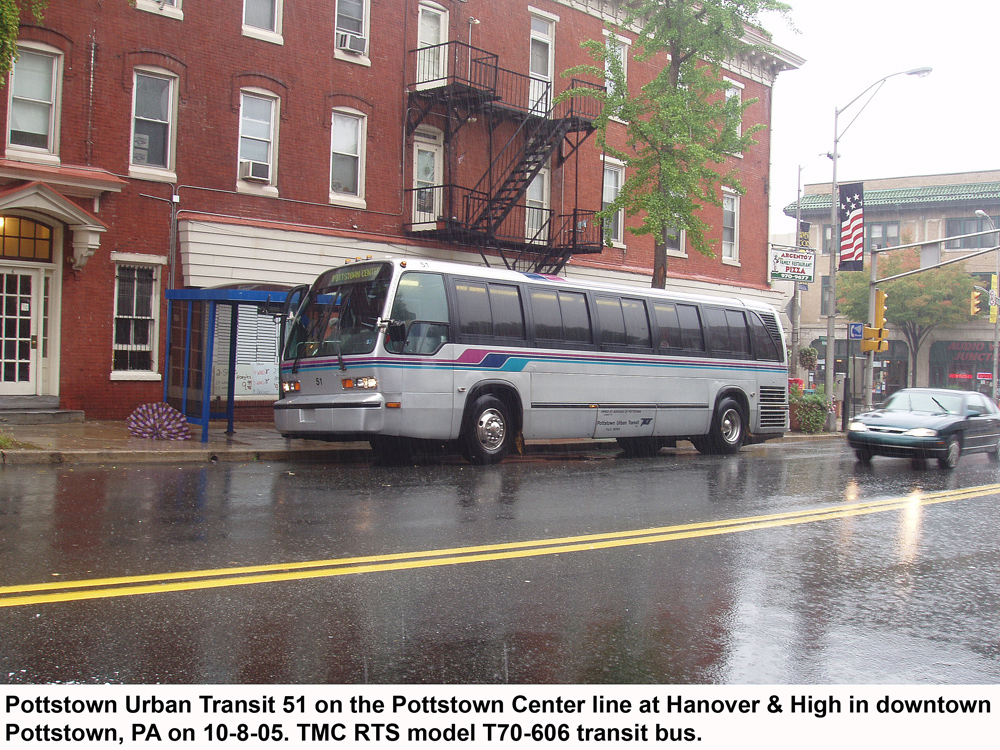 SEPTA Norristown Station:  The next stop was at SEPTA Transportation Center in Norristown.  The station is served by the former Red Arrow (P&W) high-speed rail line from the 69th St.  Station as well as a SEPTA commuter rail line and SEPTA Frontier Division buses.  By this time, the rain was easing off, but the humidity was still a problem for camera lenses.

SEPTA Norristown Garage:  Next on the agenda was a stop at the SEPTA Frontier Division garage in Norristown..  There are 101 buses assigned to this garage, including 19 Champion Defender27's, 32 El Dorado Transmark’s, 21 NABI 416's (high floor) and 29 New Flyer D-40LF’s. 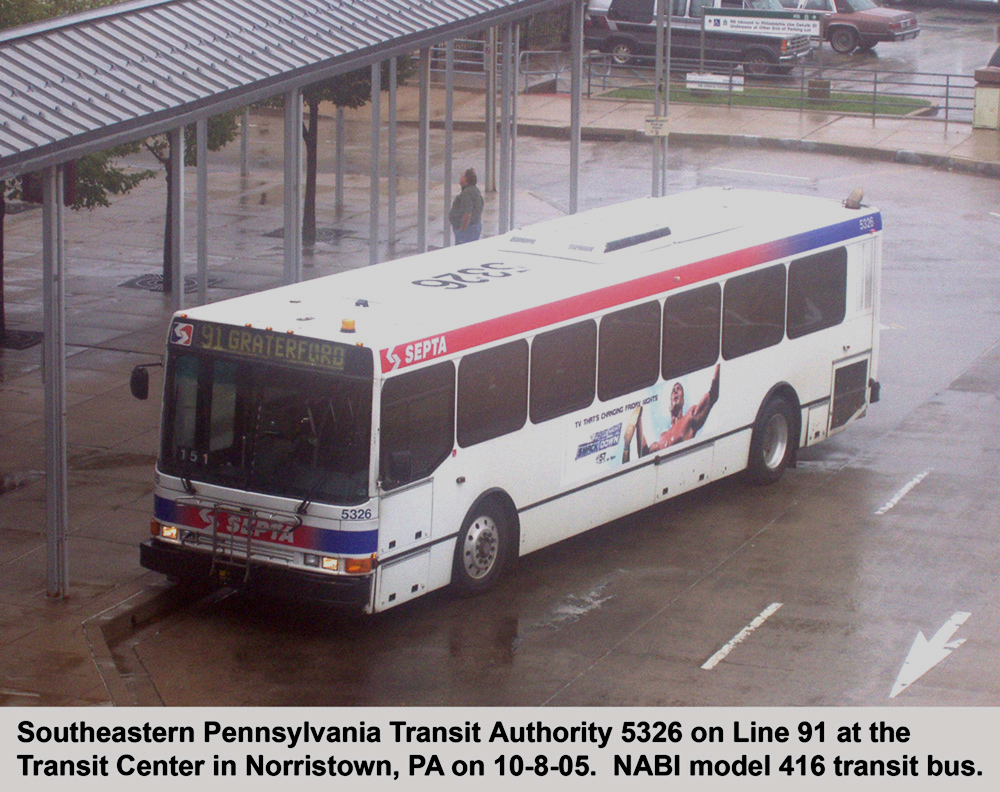 SEPTA 69th St.  Terminal:  The final stop of the day was at the SEPTA 69th St. Terminal, located at the west end of the Market-Frankford subway/elevated line at the Philadelphia-Upper Darby city limits.  This major transfer hub is also served by the Red Arrow Division Norristown high speed and Media and Sharon Hill light rail lines as well as Red Arrow and City Division SEPTA bus lines.  The Red Arrow Division Victory garage is located west of the terminal complex and houses 138 buses, but it was not included in the tour. 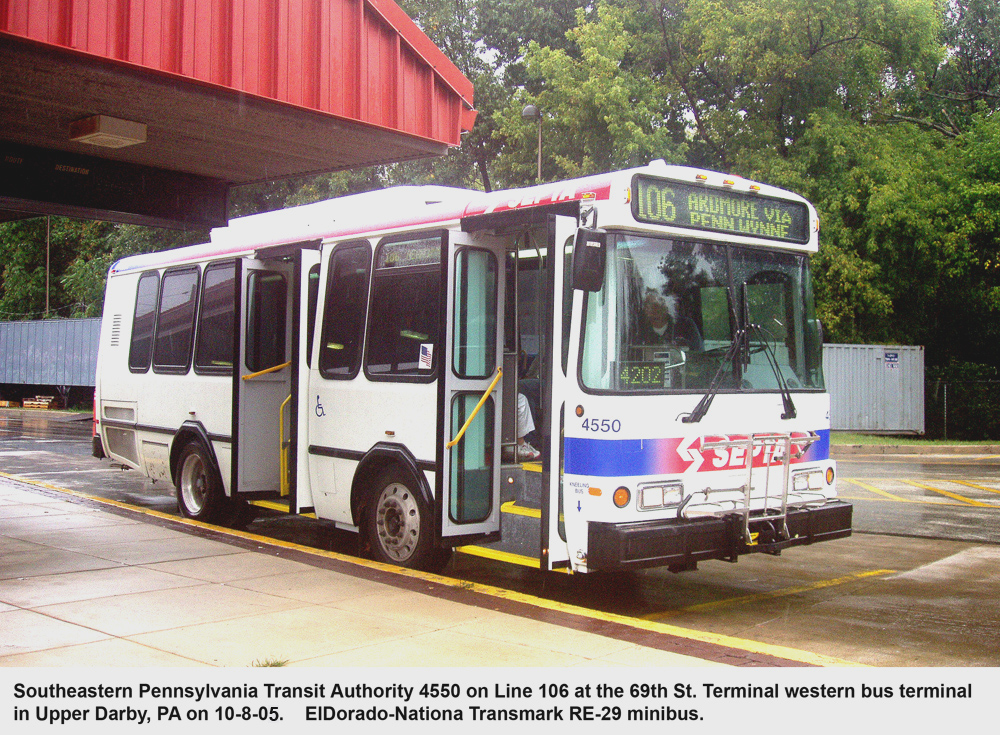 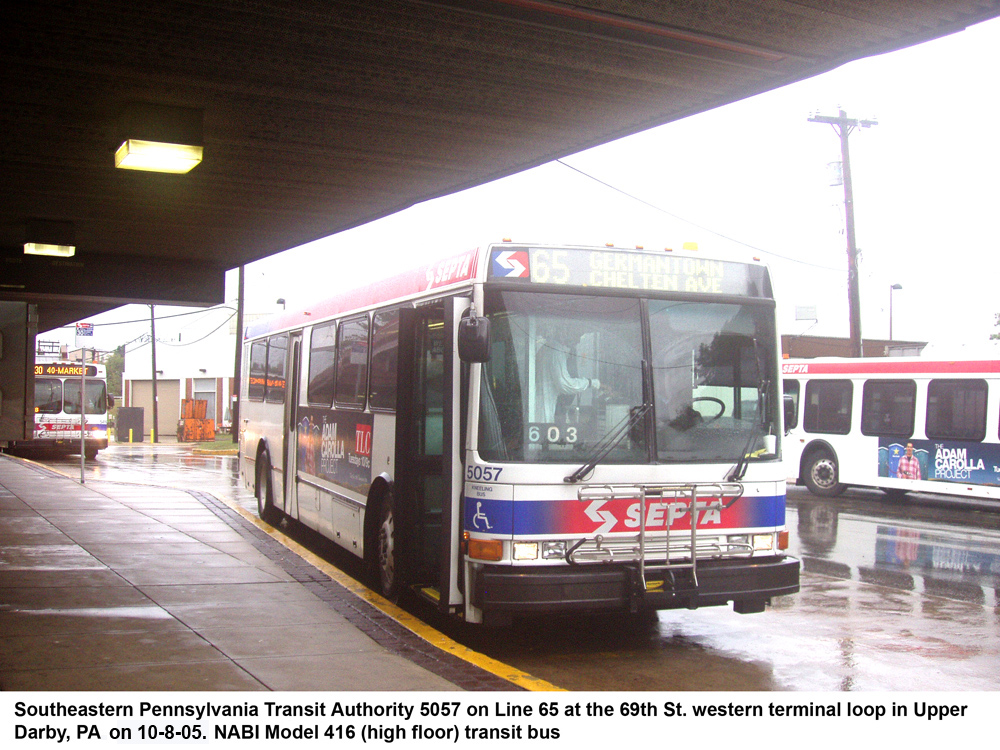 The tour returned to the hotel shortly before 5:00 PM in ample time for dinner before the evening membership meeting.

The usual flea market sale, including a representative from the SEPTA store commenced at 7:00 PM, followed by the Fall 2005 membership meeting at 8:00, which was chaired by President, Charlie Sullivan.  The status of the Society’s reincorporation and its publications was followed by a discussion of the election process.  The next election for officers and Board of Trustee members will be held in 2006, with new electees taking office on January 1, 2007.  (Since that time, the Board of Trustees has finalized the election process, as outlined in the Spring 2006 Newsletter.) .  For the benefit of members who were not at the Spring 2005 meeting, a presentation on the schedule for upcoming conventions was made by the Secretary. As mentioned at the previous meeting, the results of the 2004 Conventions Location Survey were reported.  The locations and tentative dates are as follows:

Only the 2006 and 2007 dates are final at this time.  Future dates will be confirmed on a two-year advance notification cycle that will be published in MCA and on the Society’s website.   The meeting was concluded after a presentation of slides of Philadelphia area buses over the past forty years.

Although the weather was overcast, there was no significant rainfall during the Sunday garage tour.

Philadelphia Airport Bus Operation: The first stop was to be at the Philadelphia International Airport for the airport bus service operated by contractor First Transit For security reasons, airport management would not approve of the group coming onto airport property.  First Transit did, however bring one of the Nova LFS buses to the hotel for display and photographs. 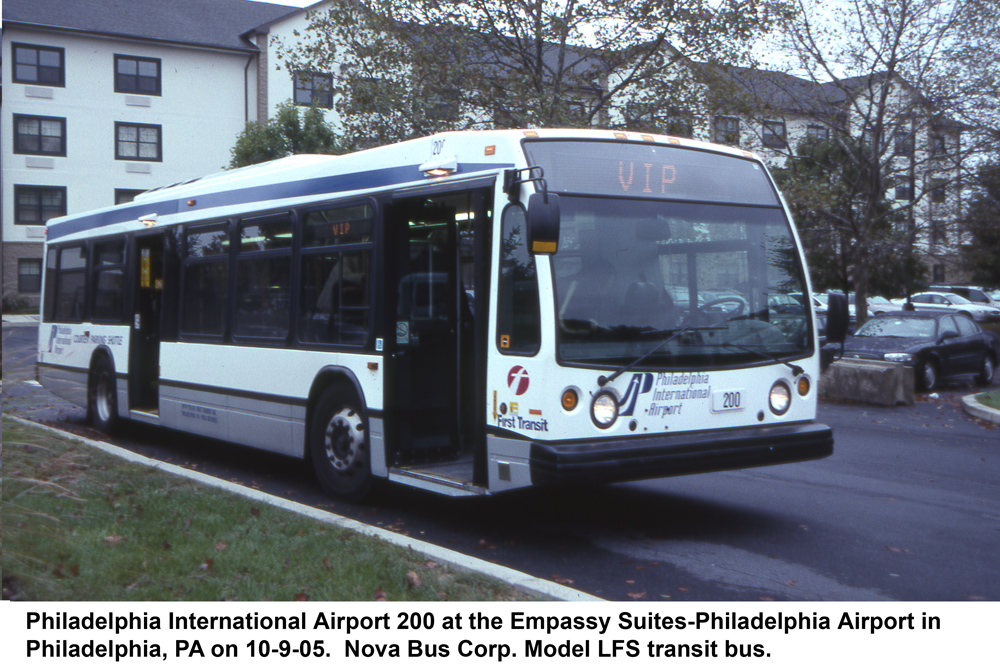 SEPTA Frankford Station:  By 9:00, the group had departed for the SEPtA Frankford Transportation Center and garage.  This very busy location in northeast Philadelphia is the northern terminal for the Market-Frankford subway-elevated heavy rail line.  The terminal is fed by many SEPTA City Division bus lines and in recent years the bus loading area has been rebuilt in modern transit center style so that no passenger has to cross any bus roadway, as they had in the past.  The location is also the home of a 154-bus garage and operating terminal.   Included in the Frankford fleet mix are NABI 416's, Neoplan AN-440's and New Flyer D-40LF’s. 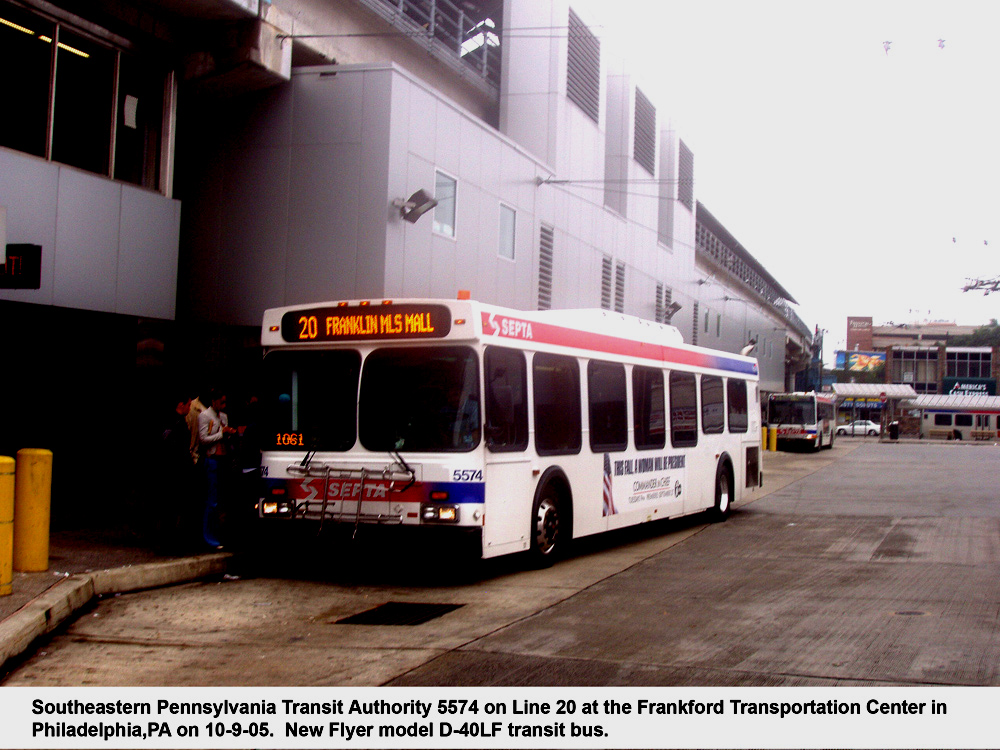 SEPTA Midvale Depot: The group then moved on to the Midvale Depot bus garage in northwest Philadelphia.  Midvale is the largest of SEPTA’s eight bus garages, with 313 buses assigned.  Included in this mix are El Dorado Transmarks, NABI 416's, Neoplan AN-440A's and AN-460's plus New Flyer D-40LF’s 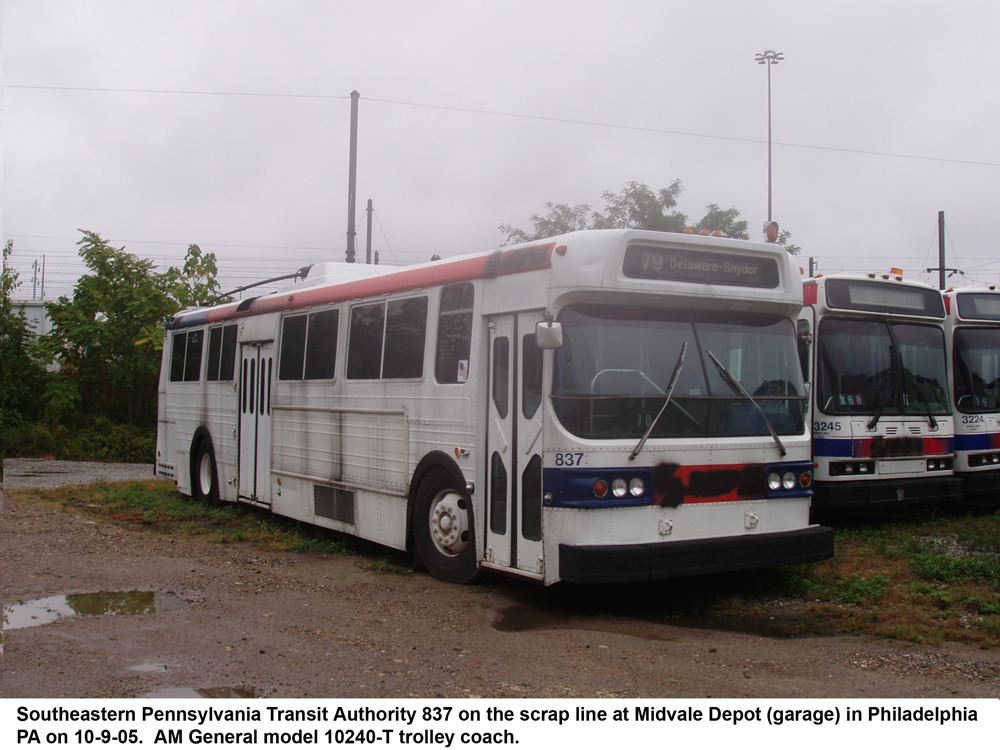 NJT Walter Rand Transit Center: After a trip across the Delaware River and into southwest New Jersey, the group had lunch at the Cherry Hill Mall, and proceeded to the New Jersey Transit Walter Rand Transportation Center in downtown Camden.  This busy terminal is served is served by New Jersey Transit’s River Line light rail line (Camden-Trenton) as well as regional and local NJT buses.  It is also served by the PATCO (Port Authority Transit Corp.)high-speed rail line (Philadelphia PA-Lindenwold NJ).  Seen in service were NJT MCI Cruisers and Nova RTS and Flxible Metro buses, as will as the selp-propelled light rail vehicles on the Camden-Trenton “River Line.” 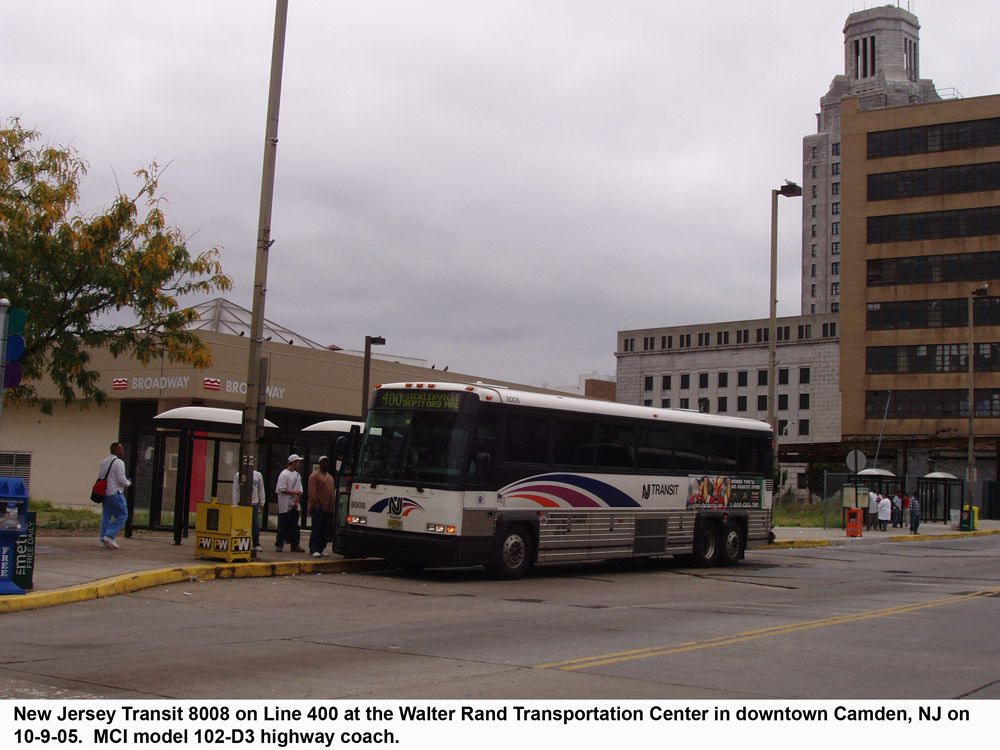 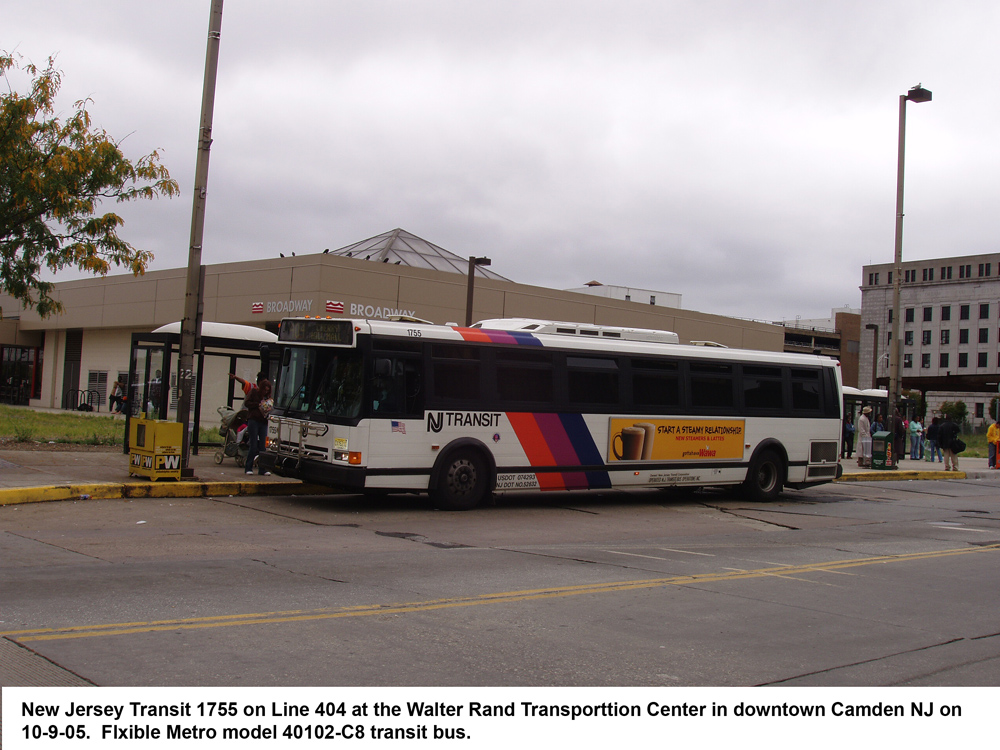 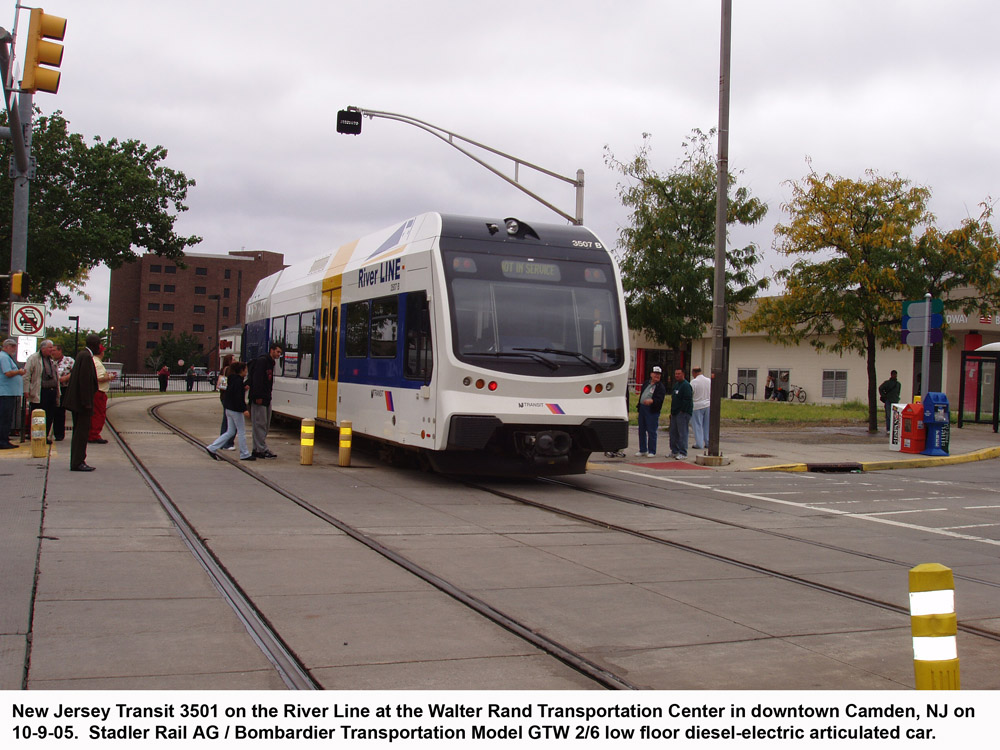 U.  S.  Coach Sales: The final stop of the day was at Luke Bonagura’s U.  S.  Coach Sales.  Luke is a long-time MBS member and former President.  He maintains a subustantial bus/coach sales and service facility in Berlin, NJ.  Besides newer parlor coach models, Luke has a selection of older highway and transit buses that are available for restoration or are sources of spare parts. 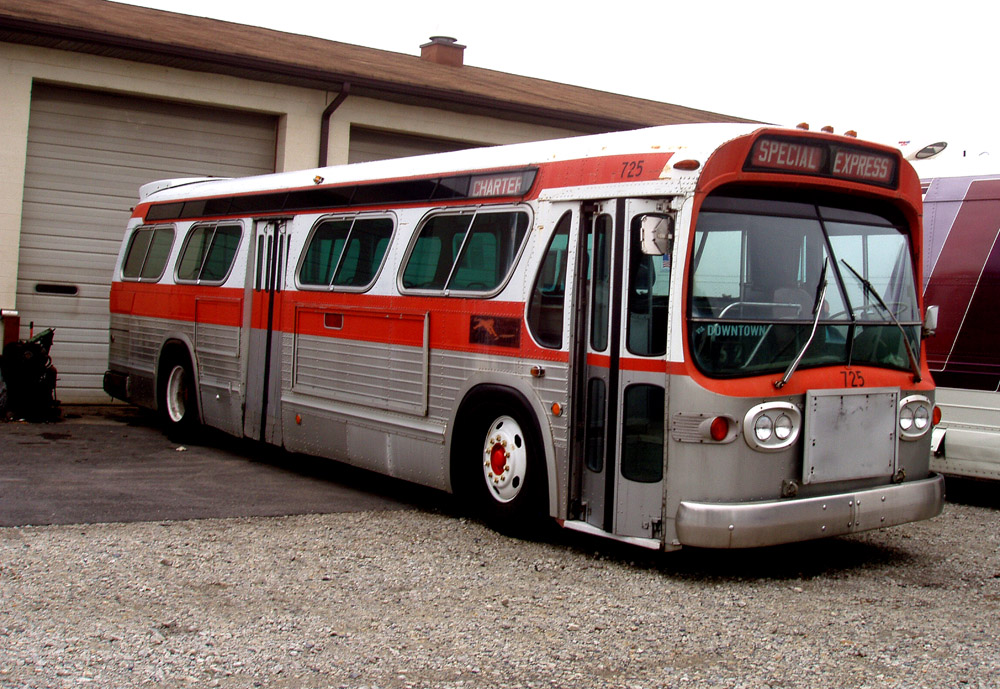 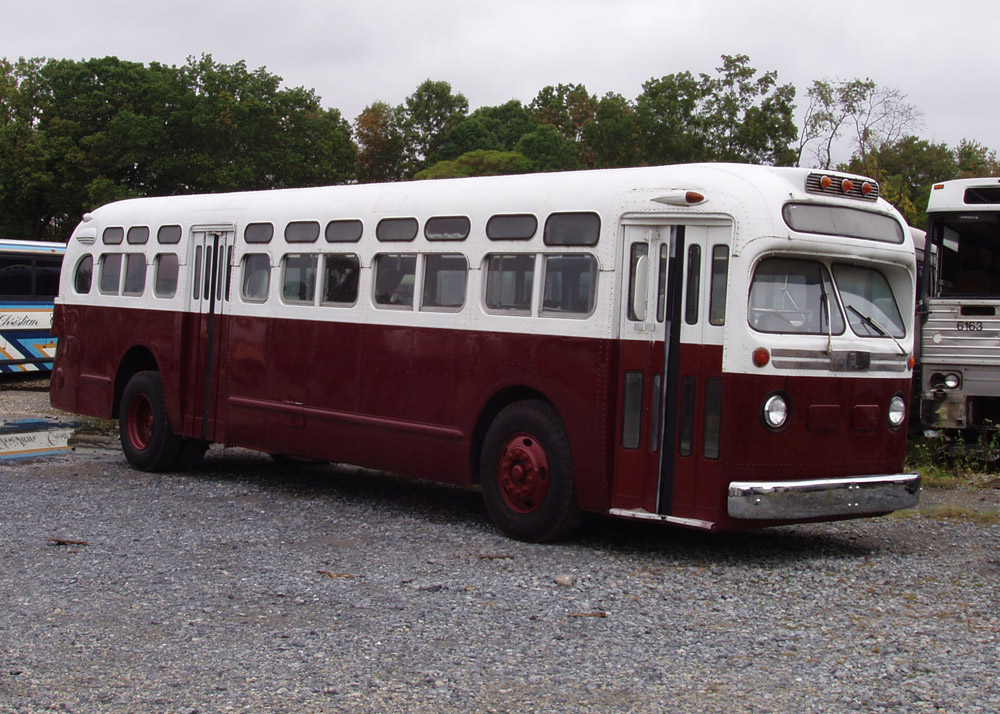 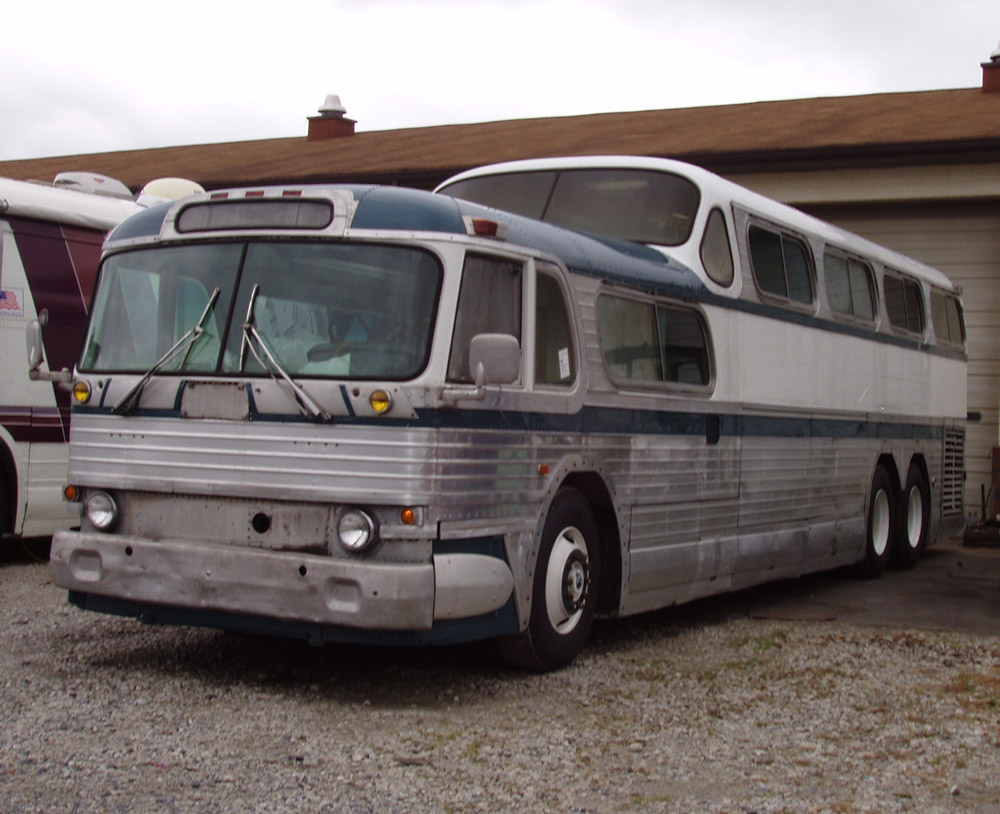 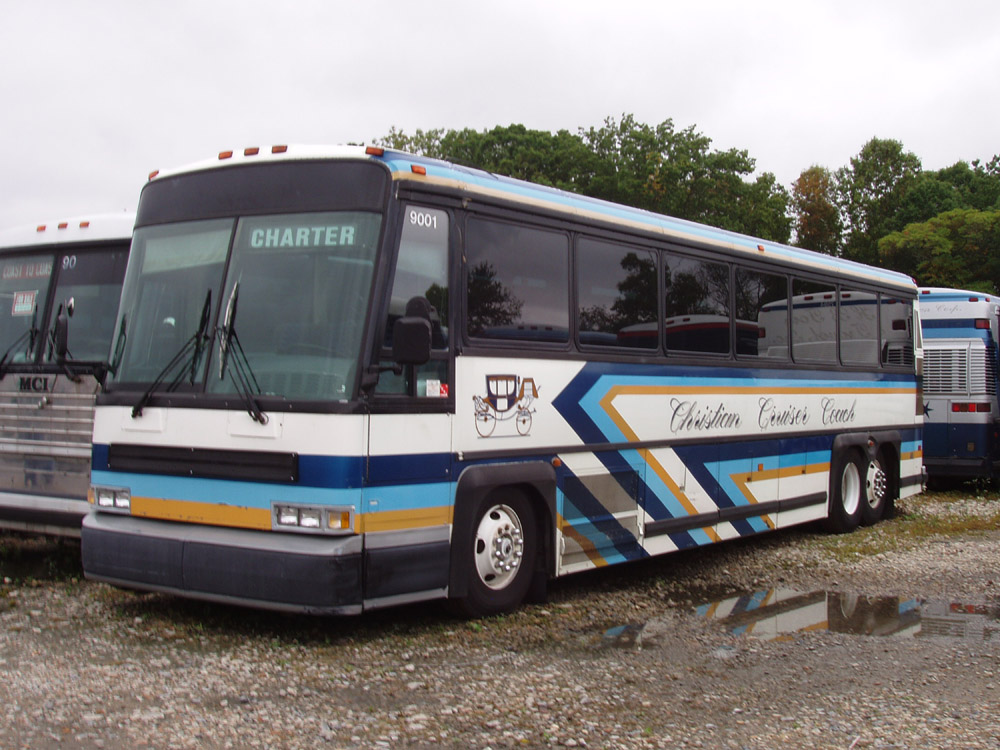 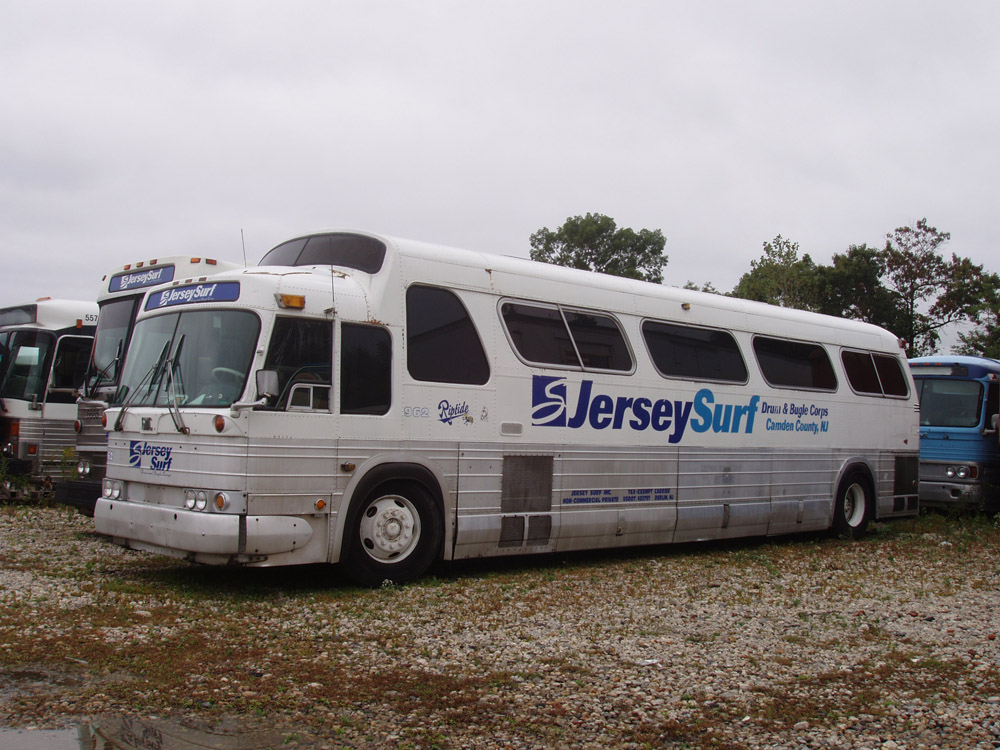 The tour bus then returned to the Embassy Suites hotel by 5:00 PM as scheduled.

The optional rail facilities tour was greeted by partly cloudy whether, but no precipitation.  The rail tour group boarded a SEPTA articulated bus for a tour of several SEPTA rail facilities in Philadelphia.

SEPTA Elmwood Depot:  The first stop of the day was at the SEPTA Elmwood Depot in southwest Philadelphia.  Elmwood is the home base of subway-surface trolley/streetcar operation.  This facility is the trolley operations terminal and maintenance facility. 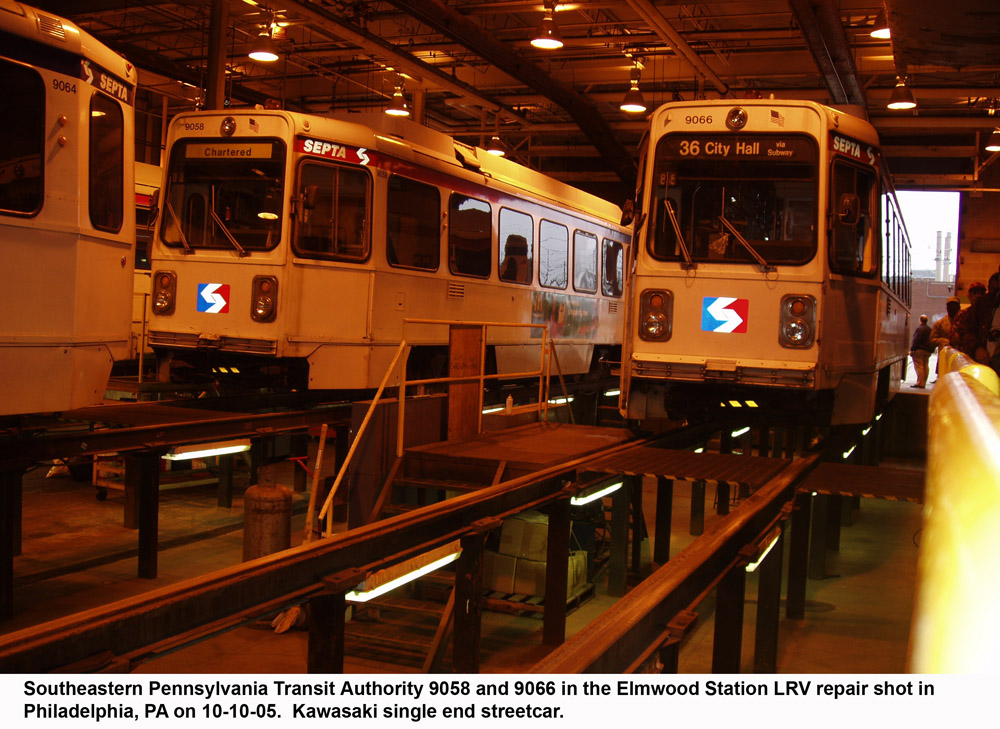 SEPTA 69th Station: The group then paid a second visit to the west Philadelphia transfer hub.  The Saturday tour had included a stop at this facility, but it was directed toward the bus operations.  On Monday, the group was given a guided tour of the rail operation facilities, including the Norristown, Regional-Commuter Rail, Heavy Rail and Red Arrow Division trolley terminal facilities. 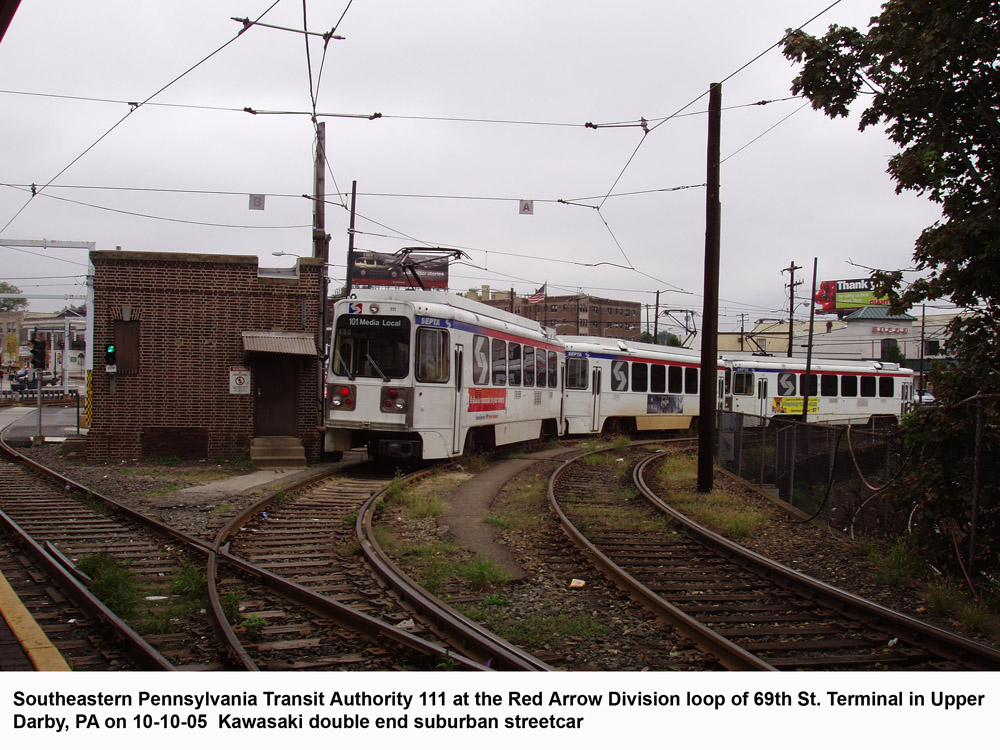 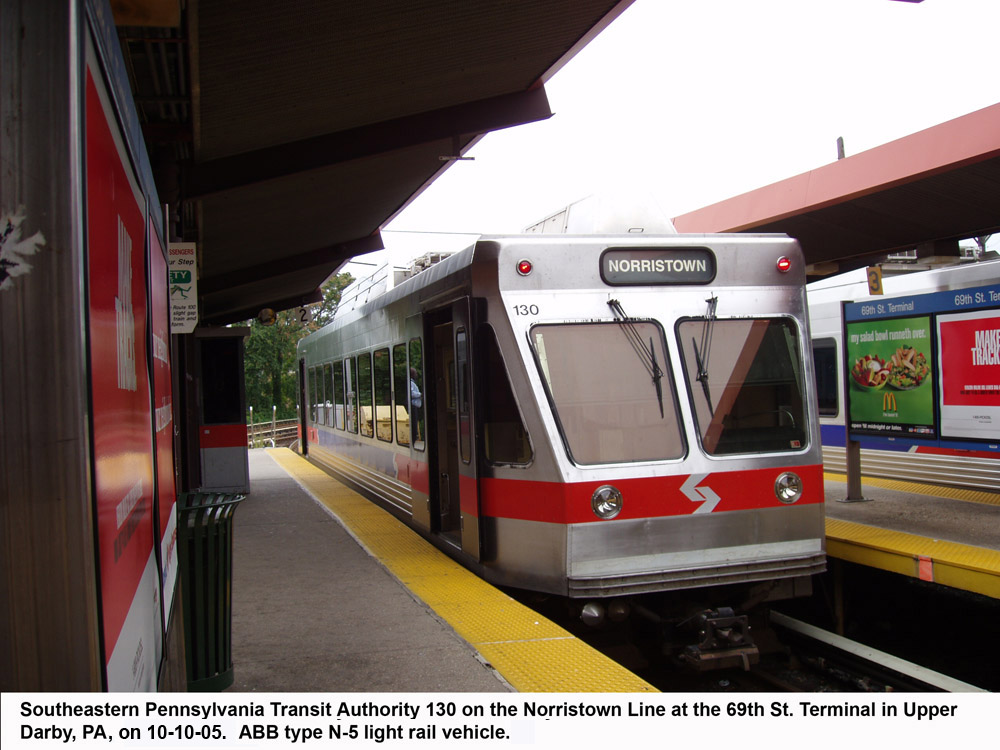 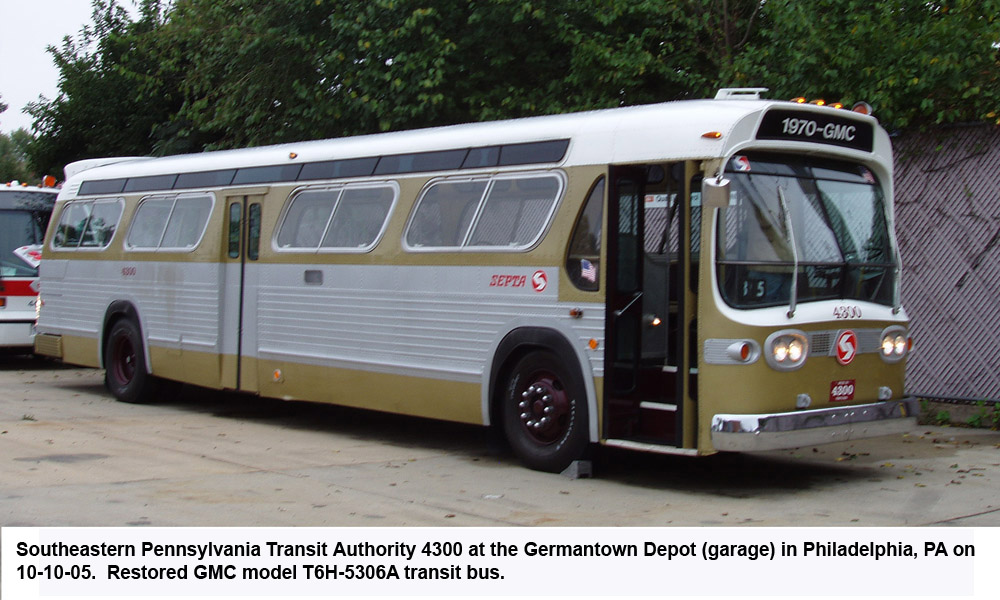 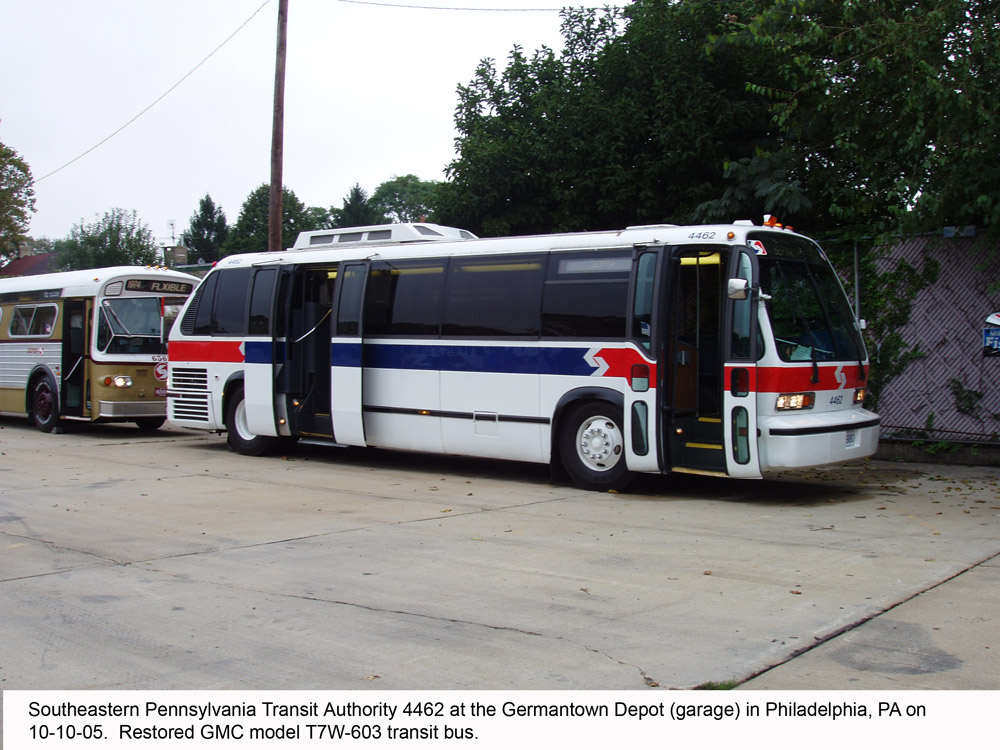 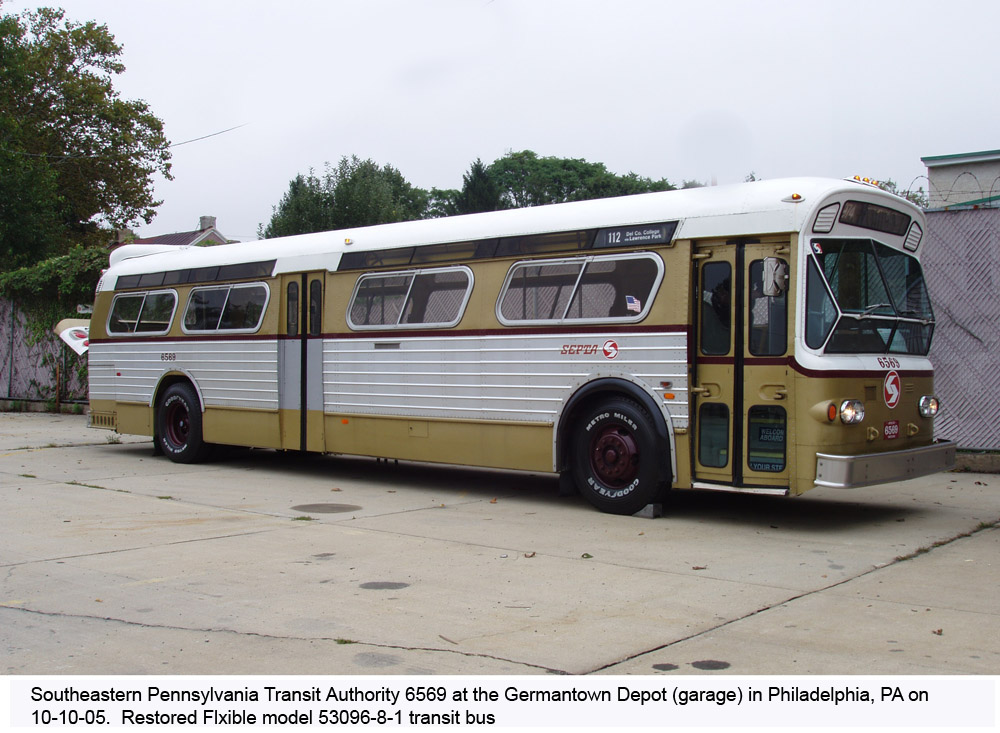 SEPTA Olney Terminal: The next stop was at the SEPTA Olney Station, which is one station south of the northern terminus of the north-south Broad St.  Subway heavy rail line.  There is a transit center on the surface for interchange with City Diivision buses.  The group had lunch at the many local resteraunts nearby.

SEPTA Line 15–Girard Trolley Ride: The final event of the day was an in-service ride on the recently restored 15–Girard Ave.  trolley line.  The operation features completely rebuilt 1947 St.  Louis Car Co. all-electric PCC trolleys, which had been out of service for many years..  The group was taken to the east end of the line at the Westmoreland Terminal loop.  To avoid overcrowding the in-service cars, the group split itself into three sections and boarded one of three sequential trips to the western terminal at 63rd & Girard.  While this was going on, the SEPTA arctic.  tour bus also traveled via a different route to 63rd to meet the group after thrir rides.

The tour then returned to the Embassy Suites hotel for the end of the Monday tour and the end of official convention activities.  Some individual attendees stayed in town afterwards to pursue their own interests.

The Conventions Staff wishes to thank the following people for their assistance in making the Philadelphia meeting such a great success: